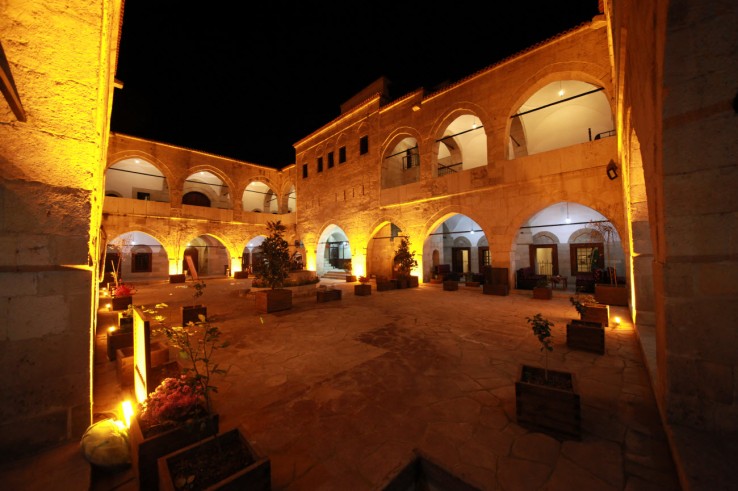 Historic Silk Road from China to Anatolia for centuries, dating back hundreds of large and small Caravanserai built on one of the Safranbolu Cinci Han. Cinci Han, Safranbolu notable Karabaşzade Hüseyin Efendi (Cinci Hoca) was built in 1645 by the. Not known for certain who is the architect of the period, thought to be made by the chief architects of the network in November Mimar Koca. The inn is on the construction of architectural projects and so on. Found any document. Grown as re-masters, experience, skills and hand- made.

Rubble and cut stone as a building material, the Khorasan mortar joints. 28x28x3cm vaults and domes are included. Dimensions of the two-storey building were built using bricks. Bedroom 26 units on the ground floor, Camel Barn, Public Toilet, fountain and courtyard bedrooms are part of the portico of the courtyard. On the first floor, 37 bedrooms, public toilets, Dining Hall, the rooms are located in front of the portico again, on the second floor room and the landlord of the inn is the Watchtower. There is also a cellar below the ground floor two. Camel’s barn under the west side of South, arcade center and the bath waste water passes (3m.) are wide stream. This stream was fortified with stone arch; the inn was built on this part of the creek. The inn is close to 45% of the natural slope of the land. Akçasu the vicinity of the southern façade also pass stream. The inn building, that has to be understood very adverse conditions in the field, about 400 years ago with the technology of any project, static calculations and so on without the infrastructure work done. Khan, a hammam and between the fifty (50) shops, house and outbuildings, was built in a very short time. Cinci Hoca, Kösem in 1642 by the Sultan, Sultan 1 Abraham was invited to the palace to cure, and this was after fame and fortune. Shares issued on 2 April 1645 that the statutes of approximately 2.5 years, were all cited works. 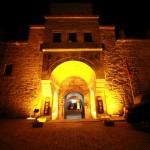 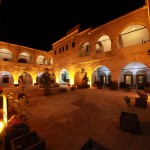 Other activities in cappadocia